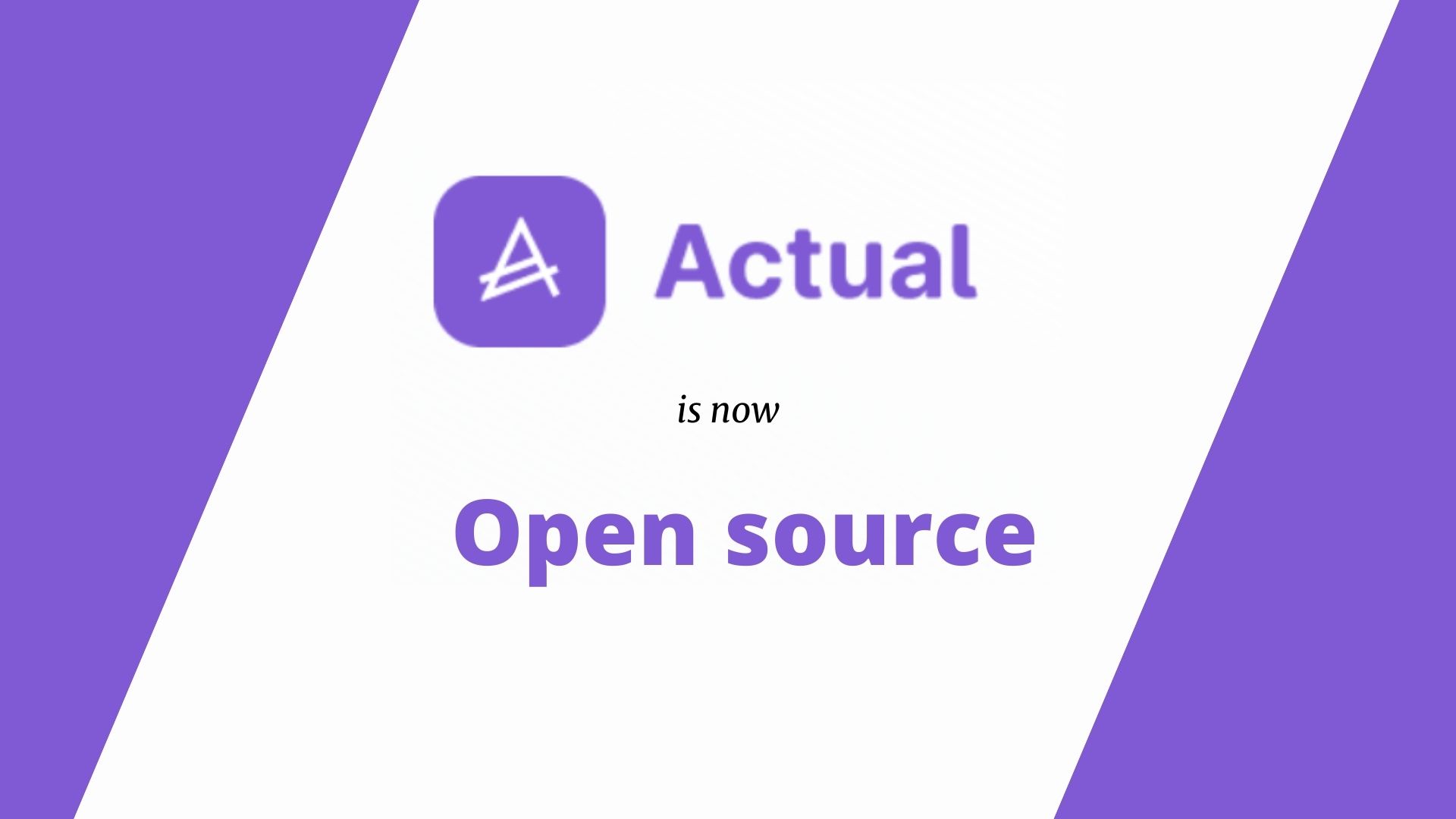 Actual Budget, a budgeting application has announced that they are going open source which means that it will be 100% free, maintained by the community, and runs from your server (local or remote).

Actual Budget is a free desktop application that is used for personal budgeting. Actual was founded by James Long in 2019.

Actual Budget embraces the idea of only budgeting for money that you have. If there is something that you are budgeting for in the future, you need to have the money to budget for it.

Actual Budget announced that it had gone open-source on April 29, 2022, and users were required to migrate to localhost. By the time of going open source, it had 810 paid subscribers.

James the founder of Actual Budget noted that he had decided to open source Actual because he did not have enough time and finance to support the project. He also disclosed that pressure (working even when sick to fix the project’s server issues) was beginning to affect his mental health.

Going open-source means that the responsibility of ensuring the application is secure and stable shifts from the founder to the users. The community will be responsible for running the project.

James did not indicate whether he will be actively involved in the project or he has abandoned it.

How to install Actual Budget locally (in your computer)

Before you begin the installation process, make sure that you have Git Command Line Installed as you will use it to run the commands below (here is a simple process on how to install Git CMD).

Everything will be synched locally (computer).

NOTE 1: If you are using windows defender, it might block the installation, therefore allow it to continue.
NOTE 2: If you are getting package.json no license field error, then delete the package.json from your computer and run this command: npm init

If you don’t want the open-source one or don’t have the knowledge to run it on your local server, then the best alternative to Actual Budget is YNAB. You will however have to hire a developer to help you in migrating from Actual Budget to YNAB

For questions go to Actual on GitHub.