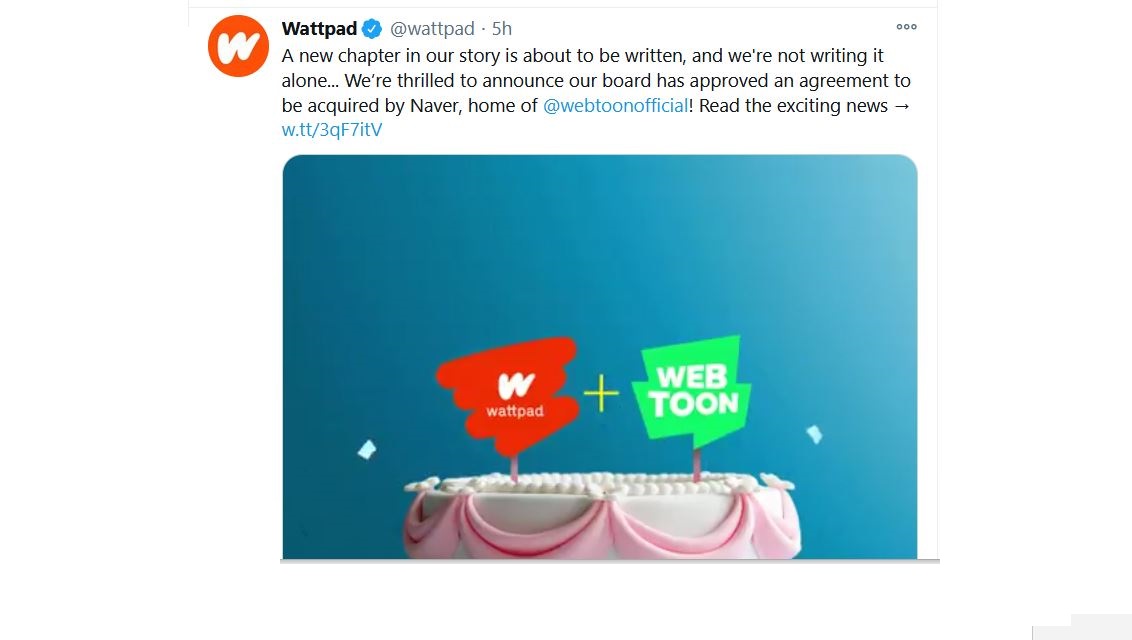 Wattpad a website where writers share their stories has been acquired by Naver which owns WEBTOON (1). Below are facts about the acquisition.

Acquisition Prospects: Webtoon and Wattpad which are both websites where creators share their stories intend to merge their combined user base of 160 million people to become one of the largest online platforms for creators.

Other websites for creators owned by Naver Corporation include but are not limited to Grafolio, Webnovel, and AudioClip.

Data: In its 2020 year in review, Wattpad announced that its community grew to 90 million people (3).